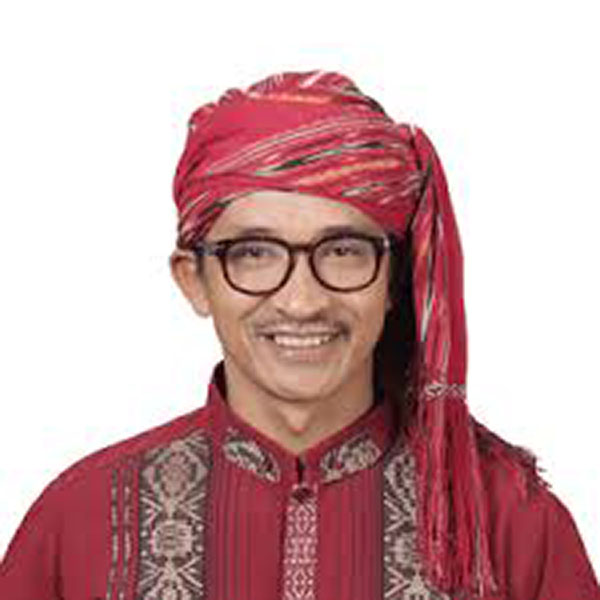 Abdon Nababan is a long-time activist of the rights of Indonesia’s indigenous peoples and ex-Secretary General (2007-2017) of the Indigenous People’s Alliance of the Archipelago (AMAN), the world’s largest advocacy group for indigenous communities. He is the recipient of the 2017 Ramon Magsaysay Award – widely known as the Nobel Prize in Asia – for being the single most important person in Indonesia’s Indigenous Peoples movement. Before leading AMAN, Abdon worked with a number of civil society activist groups in the interests of protecting and recognizing the rights of indigenous peoples. He was the Coordinator of the Steering Committee at Network for the Defense of the Rights of Indigenous Peoples (JAPHAMA), a group of Indonesian non-government organizations defending indigenous peoples’ rights. Abdon also holds a number of other positions at non-government organizations including Chairman of the Board of Trustees of Yayasan Setara / NTFP, an organization that aims to encourage sustainable production and environmental protection of non-timber forest products, Chairman of the Council of Forest Watch Indonesia (FWI), advisor at the Samdhana Insitute, advisory group member for Peat Restoration Agency (BRG), expert panel member for UNDP Participatory Governance Assessment on Forest and Peat Land, expert panel member for Corruption Eradication Commission (KPK) of Republic of Indonesia and steering committee member for Ministry of Environment and Forestry (KLHK) on Forest Land Rights and Tenurial Conflict Resolution.